After a lie in and a cooked breakfast it was to start on some more jobs, refitting the blinds was interesting, I think we worked out how to do after a few tries! Just need to remember how to fit again next time. Then came the washing up but we had forgotten the washing up sponge and the liquid had gone solid over the winter!

Next came the checking of engine overheating? I took the impeller out but it looked good, I opened up the water filter but it was clean, I checked to see if the water was flowing into the filter (it was), and I checked to see if the water was getting to the impeller (it was). The only thing I could do now was start the engine again, which it did and the water flowing though the engine really well now (I am not sure what the problem was but it seams ok now) 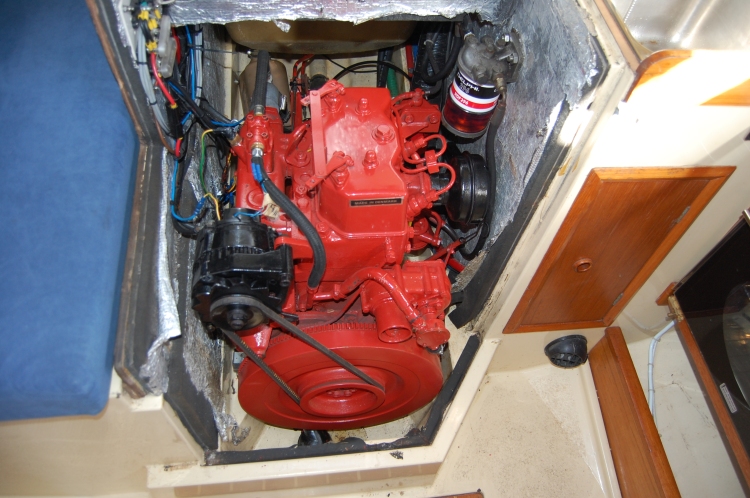 As for the battery charging, all seemed ok now!

Vicki hadn’t been able to start the oven so I had a look, it lit ok but just went out when I let go of the control knob, after starting a few times I was holding the know in and looking around the cabin something to hold it in. I must have been doing so for 5mins, when I did take my hand away the oven was working on its own.

One problem I did have was the mobile in car charger wasn’t working but I did have the shore power charger, with poor mobile signal but good internet we use the mobile to make a hot spot but this meant running the petrol gen to charge the mobile phone which seemed a bit of a waist but it was charging the batteries as will. The petrol gen was low on fuel with only fuel aboard for the outboard motor, so we had to use wisely.

After sorting all this out it was time for a rest, so with coffee and slice of cake we sat down in the cockpit and enjoyed the sunshine, after I fell fast to sleep for an hour or so. 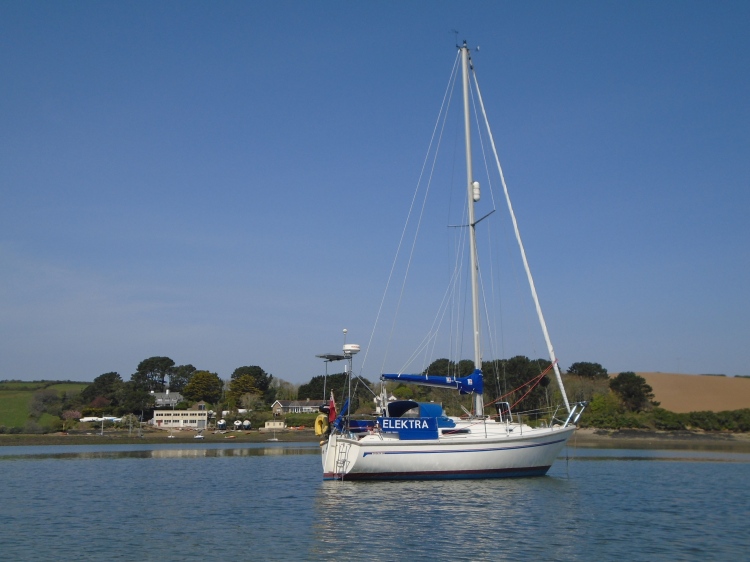 In the evening Vicki and I went via dinghy to St Mawes for an evening meal and some beer. Then on out way back to the dinghy an ice cream, holiday mode. Back aboard Elektra in the evening we opened a bottle of red and played Scrabble.