The plan was to leave at 0730hrs 1hr before high water, which wasn’t liked by Vicki as meant getting out early, I got first and went on deck to do some jobs. It was then I discovered a problem, our dinghy which had been left floating on a long painter was under Elektra between her bilge keels and Elektra was just starting to float, there was no way to get it out now! 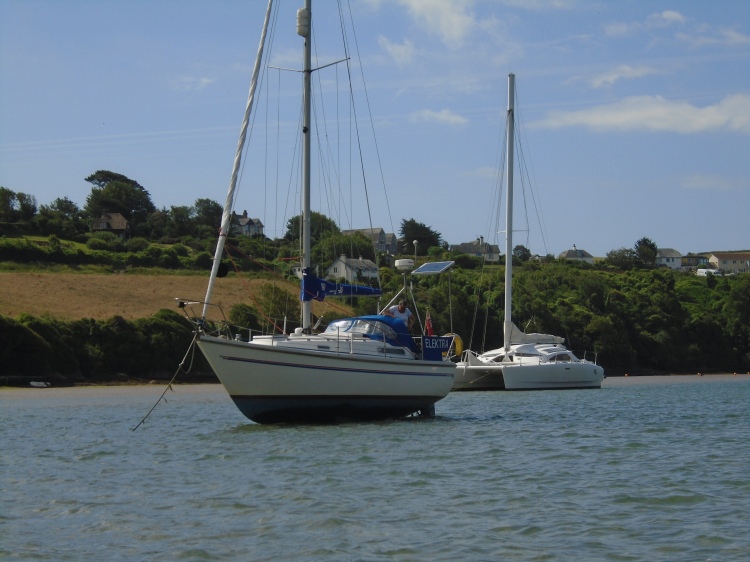 It was 1900hrs before Elektra floated again, not wanting to waist anymore time we were already to leave and once the sand filled water cleared again we started her engine. High water wasn’t until 2045hrs but with a passage to the Yealm River still to do we moved off quickly and headed out the River Avon into the flow. The tide was strong and coming in with it was a bunch of 15-20 swimmers, we needed to keep to the deep channel which meant not leaving much room for the swimmers between Elektra and the rocks. At the narrows the channel is only 7 meters wide, I am glad to say these swimmers got out on the rocks to give us room, now passing though the narrows at full engine power Elektra was only making 0.5kts headway with 1.5m under the keel. With the narrows behind us the depth under the keel became 2.2m and our SOG increased to 3.5kts. 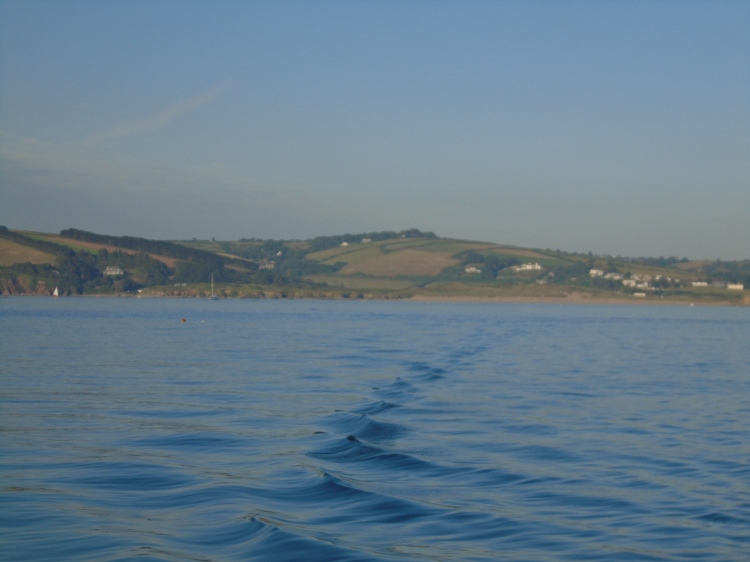 Once out of the river we headed out of Bigbury Bay under engine, the bay was like a mill pond and as we neared the Yealm River a wonderful sunset for the end of the day. We anchored in Cellar Bay for a very settled night.

It was nice to of been able to visit the River Avon and with a few lessons learnt will visit again when weather and time allows.