We had hopped to use the showers in the Yealm River but they seemed to have a coded lock on them which having anchored in Cellar Bay overnight we didn’t have the code, so we decided to go to Fowey for showers today instead of Gorren Haven. 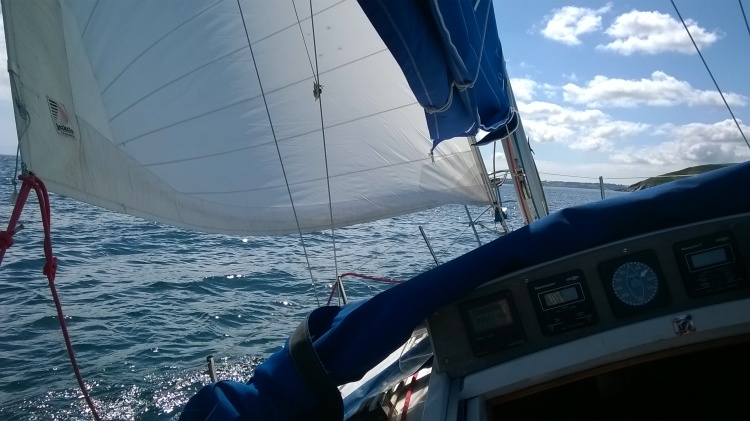 The weather forecast was Nil/ NNW2-4 later. We picked up our anchor and motored out of the Yealm River, continuing to motor until Rame Head when the wind filled in and went to SW3 which allowed us to sail on a port tack to Looe Island, the next tack was due south for 5nm before tacking again on a port tack we were heading for Polperro, thinking this is going to take forever, I had already decided to motor when I reached the coast again. But the wind went NW3-4 which allowed us to sail on a starboard tack to Fowey entrance. We motored into Fowey and picked up a small boat mooring having logged 25.5nm in 5.5hrs

In via dinghy for showers at the sailing club and then dinner ashore in town, getting back to Elektra just before dark , Vicki helped me stow outboard on pushpit before I deflated the roll up.